If you’re discussing music and sound design – especially with a group of synthesizer fans (or should I say “synth nuts”) – you often hear a strong sentiment against the usage of presets. They say to avoid them like the plague. But are presets really all-out evil?

Personally I use presets a lot and I see nothing wrong with it. But: Of course it depends on how you use them, combine them, tweak them. I guess it’s the same with a lot of other crafts: It’s not the tools that make you good, it’s your own work, inspiration, creativity. If you’re a piano player you only have the sound palette of this one instrument, but you can play it in so many different ways and evoke so many different emotions with it – and all this with the same “preset”.

Some examples: For rises and transitions I often use samples from different sample packs. But then I tweak them a bit, make them sound fuller and quite often just more fitting for the song at hand. Would you recognize the original sample in the song? In most cases probably not.

Same with synth presets. I just love my Native Instruments FM8, Massive and Pro53, Output Signal and Rev and many other synths. And their presets usually give me a great start and some inspiration. But again a lot depends on how you combine the sounds in a song, how you tweak them to fit, how you use effects to make them fuller, more strange sounding, emotive, metallic, organic…

Or use them in a way they were not made for originally. The whole chirpy Acid House sound came from using a bass synthesizer in a non-traditional way, and nowadays you hear TB-303’s everywhere. So why not play bass lines with lead synths, send acoustic sounds through guitar amps and effects, play arpeggios with a slowly building pad to make it sound otherworldly, crank up the resonance…

And apart from using the synth controls itself to edit the sound there’s a big world of effects you can chose from to change the emotion and tonality of a sound. Make it harsher, more piercing with some distortion (I really like Native Instruments Driver for this), put it far away in the back with some bigger reverb, have some modulation on it – from simple phasers or flangers to a rotary effect (which producer Ken Callait used for guitars on the production of Fleetwood Mac’s “Rumours”. Well, he used a real-life Leslie cabinet  😉 ). Let your creativity out and just play. I bet it wont take much to come to some different sounding instruments than the original presets.

And if you have a little time on your hand, do it yourself: Make your own sounds – either from found sounds that you’ve recorded or with synths. It’s fun and a great way to add just the right amount of “unusual” to your songs that will make you stick out. Just remember: Using presets does not necessarily make you a bad musician 🙂

Chris Wirsig enjoyed classical training on piano and saxophone, studied audio engineering at Munich’s SAE Technology College and has more than 15 years experience in music production. He has been writing songs since 1991 and contributed music for computer demos and commercial games throughout the 1990s. Apart from other music projects he started the acclaimed Electro Noire band no:carrier in 1995 and the Electronica/Chill-Out project Virtual Conformity in 2001. He worked as an editor for the musician’s magazine KEYS and founded the first German fair-trade record label, NovaTune. His latest works include music and sound fx for the acclaimed Top Ten iPad game “Alien Tribe 2”, the short mystery movie "20 Matches", the critically acclaimed no:carrier album “Wisdom & Failure”, and their EP of cover versions, "Ghosts Of The West Coast". View all posts by Chris Wirsig

2 thoughts on “A case for presets – and creativity” 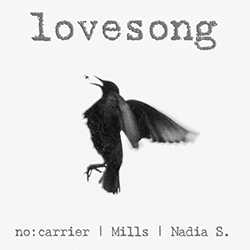